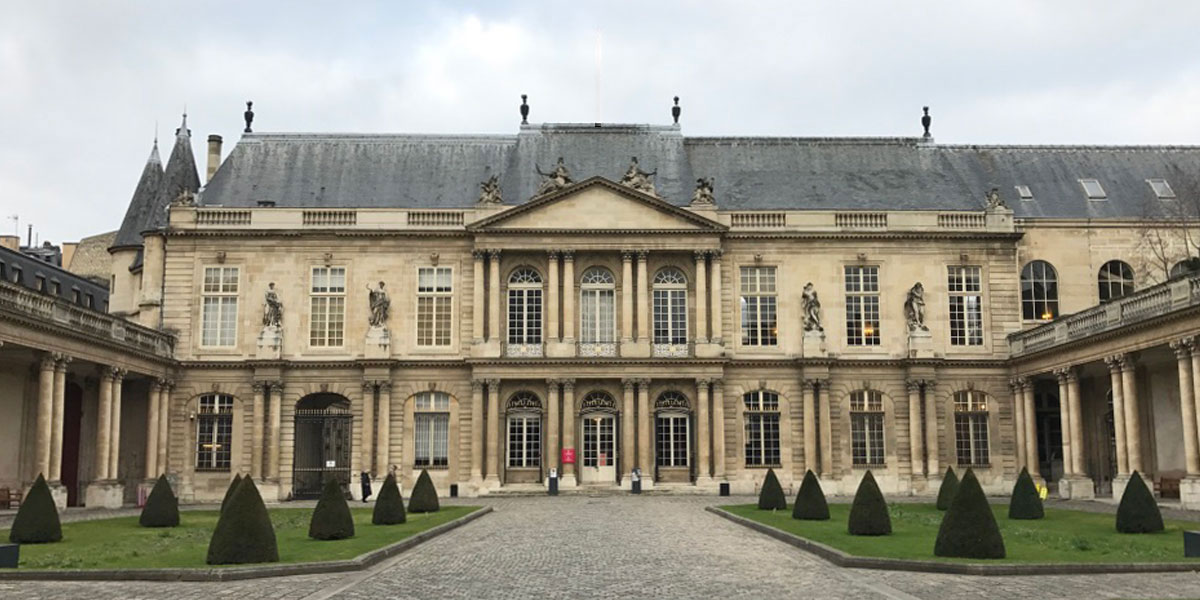 Mr. Edward Codish, a much admired teacher of mine once began a history class by suggesting that the social rank of Aristocrat (in this context, the nobility of pre-revolutionary France) evolved over centuries, from ruthless strongmen who established feudal dynasties, to increasingly refined generations that focused not on military might but on luxury while they ruled from their desks and from royal courts. With that notion in mind, it has always been difficult for me to separate the extraordinary luxury of noble French interiors from the animalistic tendencies our race can exhibit in the selfishness needed to reach those top echelons.

Perhaps it’s an unfair association in the case of the Hôtels de Soubise et de Rohan, but encountering such elaborately delicate chambers, it was difficult to separate this sense of brutality from my perception of its one time occupants. And even if the residents of this truly splendid Parisian townhouse were not themselves warlords and brutal chieftains, they lived a life of opulence while others struggled for survival outside their mansion’s very walls.

It’s difficult to consider that such a floridly rococo interior could be the work of an iron fisted brute, but at the same time, it would have been difficult for them to imagine the tribulations of the less fortunate when ensconced in such magnificence. It almost begins to make sense of the revolution that would so drastically affect this home, and indeed the country at large.

The one counter I can offer here, is that we as humans sometimes rely on the graciousness of beautiful interiors to raise our spirits and inspire us to action, and that it might be that such a splendid Rococo home actually lifted the inhabitants and their visitors to loftier goals than mere indulgence. I’d like to hope this was the case.

Sorry, the comment form is closed at this time.