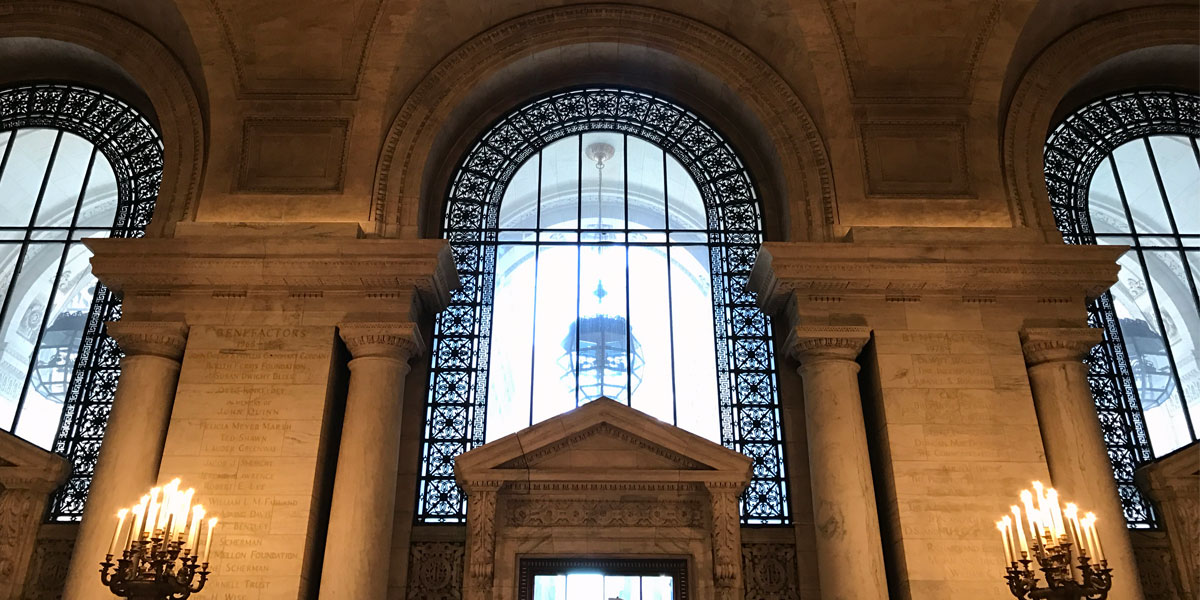 The contrast between this space and John Piermont Morgan’s Library can be found not in material or eloquence of design, but in intentions. Whereas the Morgan Library served to impress the financier’s power upon his visitors (literally intending to stop them in their tracks and leave them breathless as they awaited an audience with the magnate), this building is designed to embrace each visitor as though it were their own royal seat.

Somehow, this extraordinarily grand edifice – with its sweeping staircases, broad corridors, and soaring halls – sing for equality and equal access – though they repeat a language of architecture frequently used in the great palaces of Europe. I’d like to suggest that the reason we feel so comfortable in this vast building (the Boston equivalent was called a “Palace for the People”) is that it is posed as a home for all. Rather than being known as the home of so-and-so, gated and sealed off by guards, the public are ushered in, unquestioned and unmolested, to explore every corner of this great complex.

And as we gaze in wonderment, our awe is not in response to unattainable glory, but to the humbling realization of that which is already ours. And where so many great buildings of the world stand to honor greatness that is not our own, here in this space lie the very tools, the sparks of knowledge, to actually elevate ourselves. The overwhelming sense of freedom we feel wandering these halls, the pervasive aura of empowerment applies to all of us, with dignity and equal opportunity for growth and self-betterment. Here is a true homage to the American Dream.

Sorry, the comment form is closed at this time.